Becoming a tauira of Te Korowai Aroha’s Mauri Ora 2013 course was one of the best decisions I’ve ever made in my life. The teachings and learnings gained at every noho throughout the year have allowed me to add positive contributions in all areas of my whānau, marae, haapori, hapū and iwi engagement. Most importantly, in my current role as a youth mentor supporting rangatahi and their whānau within my own community.

When hope is lost and the ability to dream sounds like a foreign language to our uncertain youth and their whānau;  the imperatives, principals and practicums set out in this course not only opened my own eyes and ears to the abundance of matauranga left by our tupuna, it set me in good stead to becoming a more assertive coach, and kaiwhakarurhau to my people. It also prepared me to detect and scent out the adversary when dealing with ways of dysfunction, oppression, racism, imposter tikanga, and false illusions of being.

One poignant transformation would have to be the Decolonisation workshops. A Noho that I will never forget and have forever etched those awakenings into the way I see the people I serve. My hope for Te Korowai Aroha is that it continues to spread it’s empowering teachings to all who desire to work with whānau, hapu and iwi.

My name is Josephine (JoJo) Apanui I am a Kaiarahi Social Worker for my Iwi of Whakatohea and I began my journey with Te Korowai O Aotearoa in 2015 when I enrolled on the Mauri Ora Programme. I joined the program hoping to enhance my practice with whānau. But the program impacted me on both a professional and personal level.

My kaiako for Mauri Ora was the late Jozie Karanga and Jason Mareroa and later on Maudy Tupe and Mikaera Pou. The entire program was life-changing in how I approached my mahi and how I approached my whānau. 3 years down the track I live and breathe the concepts of Mauri Ora.

If I were to quote what Mauri Ora was about, it would be to quote Jozie Karanga, that it was “dispelling the illusion.” The illusion of living and breathing in a pakeha world as a kaimahi. By the normalisation and acculturation of pakeha processes as opposed to the ancient practices of our tipuna which kept whānau together, thriving. It was about repatriation as a Māori to my whānau, hapu and Iwi. It is about understanding the violations that were imposed upon us as a people and recognizing and rebuking the practices that are inherent in a pakeha whare.

Most importantly it gave me skills to navigate my way through the suicide of my 21 year old daughter. I honestly do not believe I could have made my way through the loss if not for the skills I learned with Te Korowai Aroha O Aotearoa. Mauri Ora gives you the strength to face adversity, to face all negativity that comes to you and walk through it with the coping mechanisms to make positive changes for myself, my whānau and the whānau I serve in the community.

Mātua Whāngai to me is a personal journey, one because I am a whāngai child, I've often been described as a whāngai, a hapū child and as a whāngai of the hapū... It will also be a gateway for many of us who have been through that Mātua Whāngai in our lives to be able to make a change to allow healing to occur and for us all to be able to move forwards in a more positive light at the end of the day I really do this for my mokopuna. 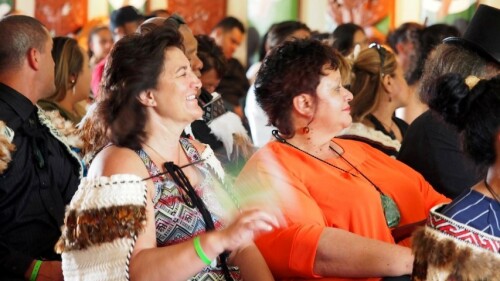 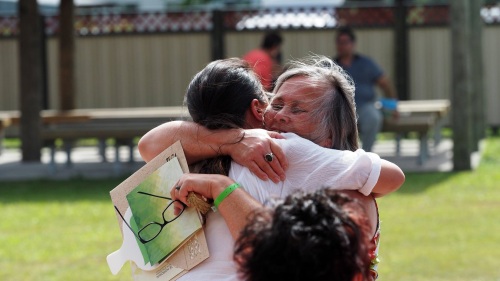